Introduction to the REXX Programming Language

The Introduction to REXX Programming Language course introduces the REXX programming language and explains how it is run. It also reviews and describes the major elements that comprise a REXX program.

These courses instruct operations, systems and application staff in the use and coding of the Restructure Extended Executer (REXX) programming language. They describe the major components and structure of the language, including Keyword Instructions and built-in functions. While REXX was originally developed for IBM mainframe systems, it is now capable of running on many platforms. Most of the modules in these courses will be of use to REXX programmers on any platform.

Personnel requiring an introduction to REXX and an understanding of the fundamentals of programming in REXX.

An understanding of data processing concepts and some basic programming skills.

After completing this course the student should be able to:

Basic Features of the REXX Language

Description of the REXX Language Features 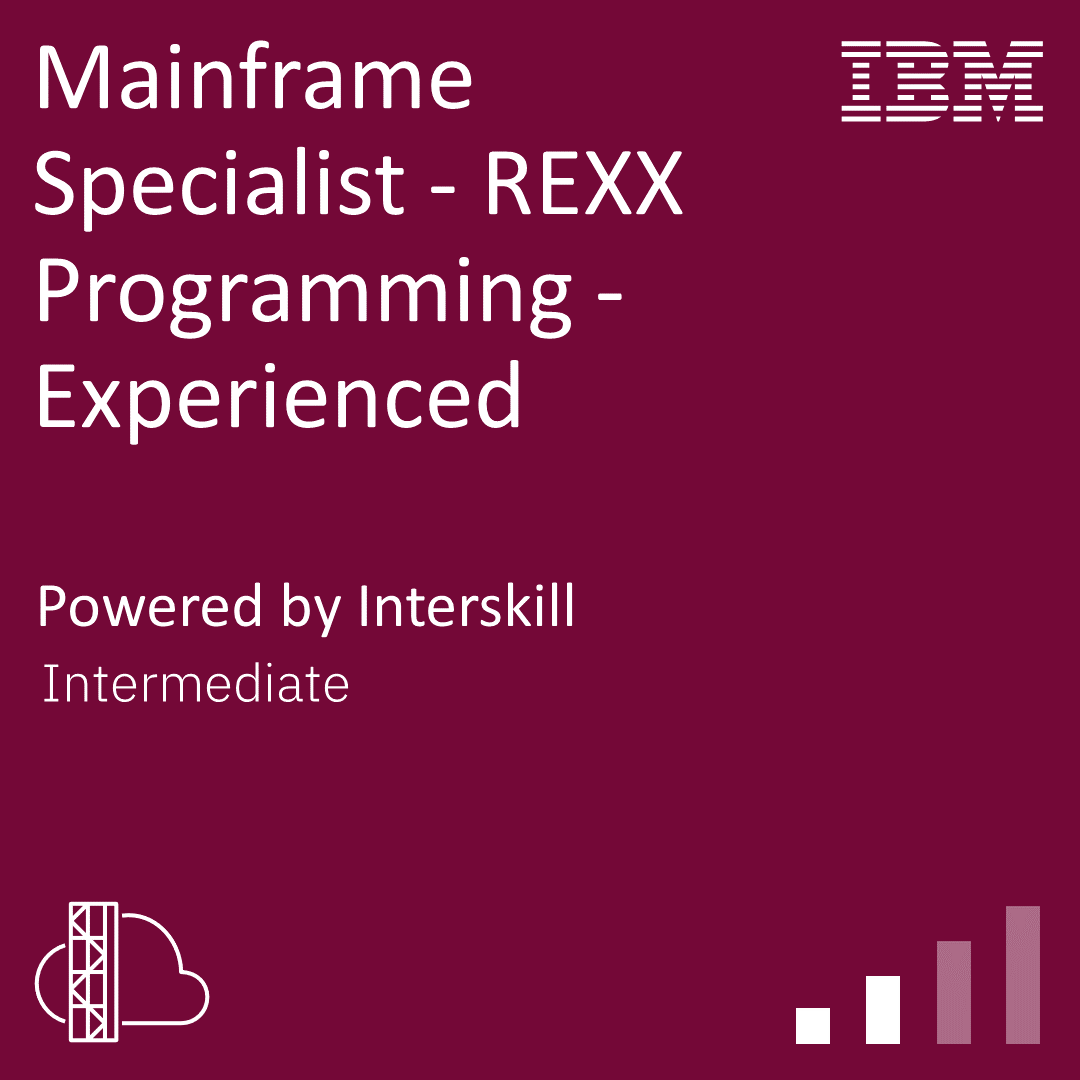 
Looking for more information about Interskill Learning Products?
Contact our Learning Consultants or call us at 770-872-4278